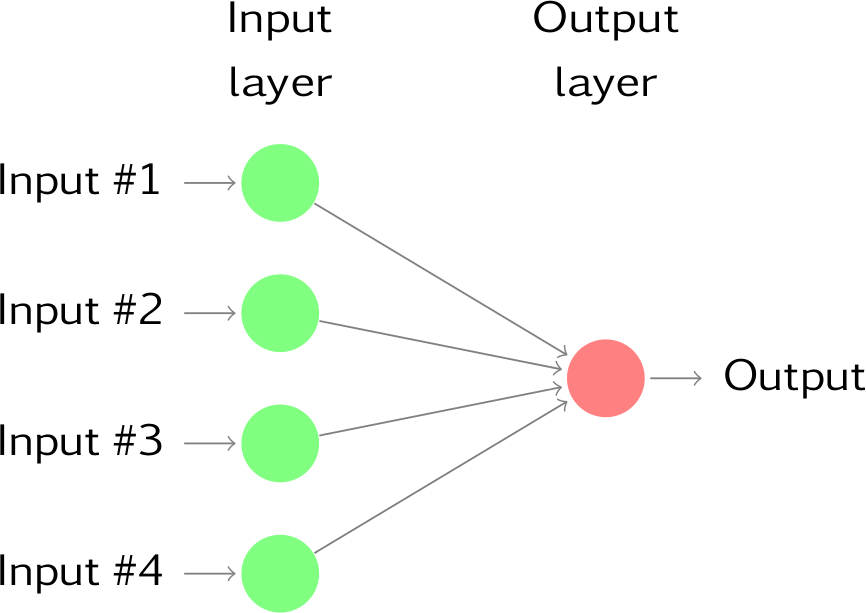 Hello guys and welcome to the first part of the “Neural Networks making Predictions” series.

Today we will talk about the Forward Propagation algorithm. In other words, this is the part of the network that makes the predictions.

We are playing a team game. Each team can have up to 10 players. Therefore, the outcome of the game is highly correlated to the number of players on the field.

This calculation visually can be represented as:

We programmed a code block, that makes correlation between number of players (input) and the chance for a win (output).

So what about the weight parameter?

Well in our case it measures the sensitivity between the input and output. It’s our knowledge on the given input. This parameter can bring down the importance of the input value. But also increase it. In other words, the more important the input is, the bigger the weight value will be.

This prediction is based on one input (number of players on the field). But can we make an informed decision relaying only on this factor?

Is the number of players on the field really a good predictor for the outcome of the game? Well I don’t think so. In order to make better predictions we need more data. So what if we give the prediction function an input that consists of more than one data point? In theory the function should make more accurate predictions.

Let’s look at the output:

So this neural network is capable to work with multiple inputs at a time per prediction. This allows us to combine various forms of information to make better informed predictions.

For example, if we put in a variable called “number of fans”, how much impact would that be to the outcome of the game? Would that even matter? And if so, then by how much?

Just by looking at the code, we can see that the variable that makes the most impact on the output is “win/loss record”. But why? Because the respective weight is a lot bigger than the others. So what does that mean? It means that the higher the win/loss record for the team is, the higher is the chance for a win.

So what about the other variables, do they matter? Well yes, but not as much as the “win/loss record”. The second input variable the matters the most is the “number of players”. Least important is “years of experience”. We can spot this, by looking at the value for the respective weight variable for the input. The higher the weight value is, the higher is the impact on the outcome.

We are at a point where we need to introduce a little bit of math.

If you have any trouble with this term, then please check the following article. You can find a bunch of examples there.

Or you can check Khaan Academy tutorial

In order to have a bit more intuitive representation of the data we are going to use vector. Vector is nothing more than a list of numbers. In our example we have two vectors. We have input vector, and weights vector.

Since we are multiplying each number based on its position and then summing the results, as it turns out, that’s called dot product.

Now let’s go in and refactor our code to use vector math.

And the function to calculate the dot product:

This is it for now…

This is only part 1 of “Neural Networks making Predictions” tutorial series. Next we will see how to work with multiple outputs.

Join me in the next part where we are going to investigate some more complex scenarios.